Let’s start this 16-day cruise with a sea day, before sailing to the hot springs of Kagoshima. A day at sea delivers you to an overnight in Seoul, South Korea’s famous fashion forward capital. After marveling at Jeju’s traditional divers, venture on to Hong Kong, and its hybrid of emotion and commotion, to be enjoyed during your overnight. A further two days in Ho Chi Minh City is great for exploring before your arrival in Singapore.

Dense and delightful, there’s nowhere else like Japan’s kinetic capital – a city where ancient traditions blend seamlessly with a relentless pursuit for the future’s sharpest edge. Futuristic transport seamlessly links Tokyo’s 14 districts, while the glow of flashing advertisement boards, clanks of arcade machines, and waves of humanity flowing along its streets,  add the sense of mesmerizing, dizzying and glorious sensory overload.

One of Tokyo’s most iconic sights, don’t miss the flood of people scrambling to cross Shibuya’s famous intersection. Join the choreographed dance, as crowds of briefcase-carrying commuters are given the green light to cross at the same time. The culture is immensely rich and deep, with 7th-century, lantern-decorated temples, stunning palaces and tranquil scarlet shrines waiting below cloaks of incense and nestling between soaring skyscrapers.

Restaurants serve up precisely prepared sushi and wafer-thin seafood slivers, offering a unique taste of the country’s cuisine. Settle into traditional teahouses to witness intricate ceremonies, or join the locals as they fill out karaoke bars to sing the night away. In the spring, cherry blossom paints a delicate pink sheen over the city’s innumerable parks and gardens.

One of Japan’s most southerly major cities, Kagoshima is dominated by the imposing Sakurajima volcano’s cone – a legendary active volcano that broods, churns and puffs out ash nearby. The volcano remains revered and feared, with the most dramatic recent eruption taking place in 1914, and spewing out a new bridge of land into the sea. Make the most of the geothermal activity in the area by indulging in a stress-simmering black sand bath. Incredibly relaxing, you’ll be submerged in the warm sand as you feel your muscles relaxing in the heat, and rejuvenating blood pumping around your body. Enjoy a privileged view of the iconic volcano’s loom from the terraced garden of Senganen Garden. Built in 1658, this elegant, traditional garden has belonged to the Shimadzu family for 350 years. Wander the gardens – which bloom with Japan’s renowned cherry tree blossoms and feature tiny bridges looping over ponds and rock pools – before sitting back and sipping a wholesome green matcha latte. Elsewhere, museums offer Feudal Era and Satsuma Province history, as well as insights into the Kamikaze squadrons of World War II. Lake Ikeda is also close by, so be sure to keep an eye out for the legendary Issie monster. 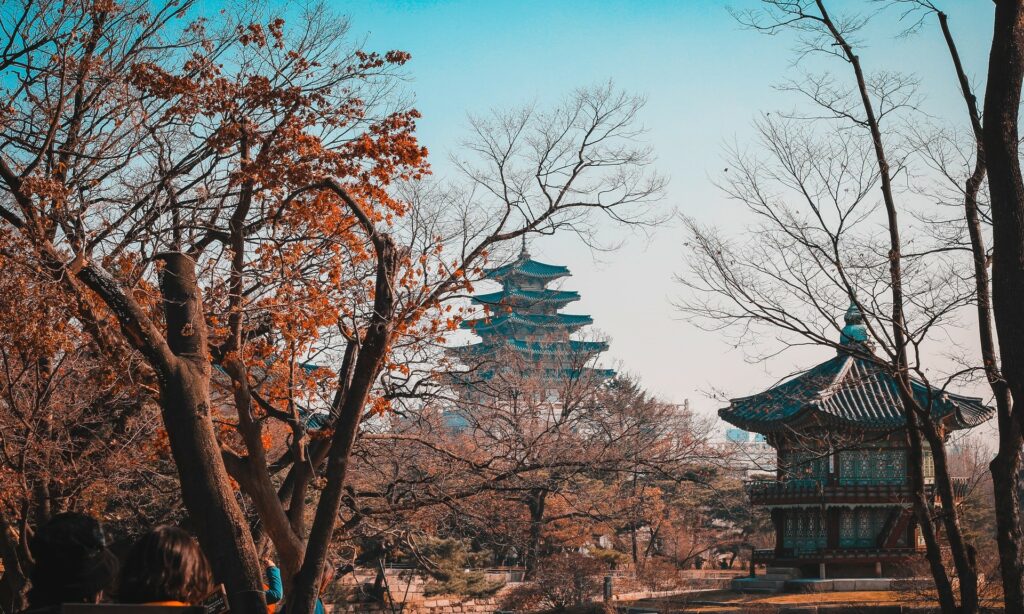 The bright lights of neighbouring big city Seoul might burn brightly but Incheon, just 27 kilometres away, has nothing to be ashamed of. The coastal city was the first to open its borders to the world in 1883, and as such has always enjoyed a special relationship with the west. Incheon was the first to welcome the Chinese and today the city’s Chinatown is one of the most vibrant and welcoming there is. A frenetic and exciting hybrid of Chinese and Korean heritage, it is said that Jjajangmyeon (black soy bean noodles), South Korea’s de facto national dish originates from here. Try a steaming bowl from one of the many vendors, then walk it off with the short 15-minute stroll from Chinatown to the traditional Sinpo Market for different kind of sensational feast.

In 1950, the US general General MacArthur led UN forces behind enemy lines in freeing the city from North Korean pressure. MacArthur’s victory is commemorated by a statue in the Jaya (Freedom) Park. The city’s history of course goes back much further, with the first historical record dating as far back as 475 CE. At the time the city was called Michuhol, only changing its name to Incheon in 1413.

A popular vacation destination for Koreans, the island of Jeju is a paradise for nature lovers with both beautiful coasts and lush, rural countryside.

Start the day early with a dawn trip up Seongsan Illchulbong, otherwise known as Sunrise Peak. An extinct volcanic with a huge grassy crater at the top, is famous for being the perfect spot to capture the first rays of the day in all their colourful glory.

Discovering the island on foot is easy following the Jeju Olle Trails. A series of well-organized hikes of various lengths with breathtaking views. On your wanderings look out for huge ancient carved statues known as Dol Hareubang (stone grandfather) dotted around the island.

Wherever you go the bright blue ocean and stunning beaches are never far away. Jungmun beach, a favourite spot for surfers and sunseekers alike is particularly colourful. Black, white, red and grey sands meet the clear blue waters rolling in.
The island considered a culinary paradise has plenty of restaurants and a vibrant street food scene. Local specialties are succulent black pork unique to the island and the Haenyeo’s catch of the day. Haenyeos are amazing, resilient women who free dive all day, scouring the seashore for shellfish to sell. 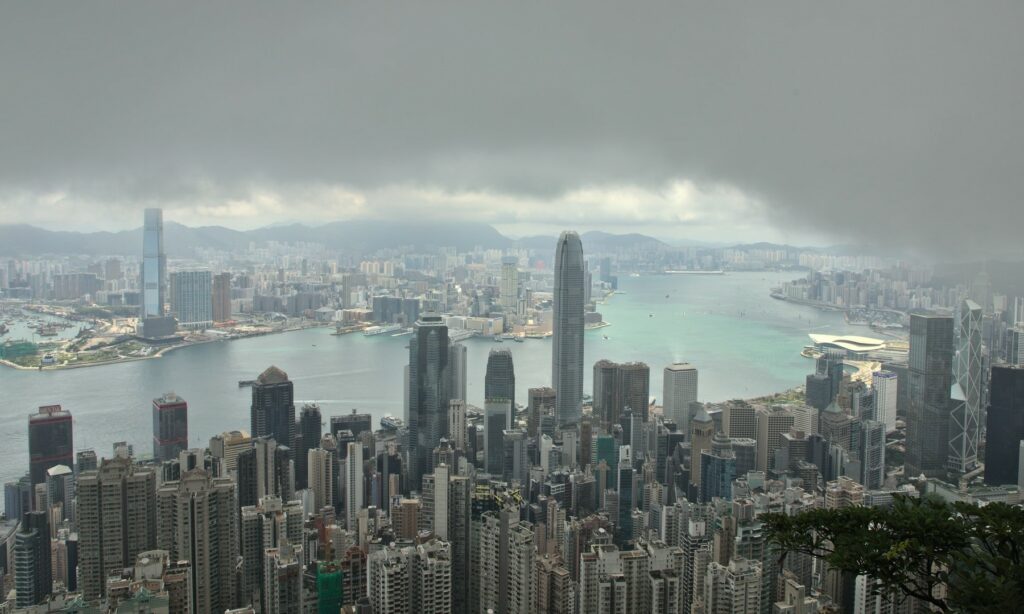 A spectacular, serrated skyline of soaring towers and neon lights, Hong Kong is a vibrant, immersive metropolis and cultural hub. A city where future and tradition collides – perhaps best illustrated by the skyscrapers that feature gaping holes, designed to allow spirit dragons to soar from the hills to the waterfront unimpeded. Wander flowing shopping streets, wade through sprawling markets and soak up the neon glory of this one-of-a-kind city – which continues to reach for the sky.
Victoria Peak is the highest point and it offers staggering views down over the city and harbor. The Peak Tram funicular can ferry you to the top, to the vantage point which was historically adored by the rich for the cooler air found here, away from the busy bustle of the city streets.
While it’s easy to think all the bright lights are the sum of today’s Hong Kong, you need only walk or board a tram for the short jaunt west into Western to discover a side of Hong Kong that is more traditionally Chinese but no less high-energy. You’ll discover the real Hong Kong to the east of Central, too, in Wan Chai, Causeway Bay, and beyond. Amid the residential towers are restaurants, shopping malls, bars, convention centers and, a nice smattering of museums.
As you navigate this huge metropolis (easy to do on the excellent transportation network), keep in mind that streets are usually numbered odd on one side, even on the other. There’s no baseline for street numbers and no block-based numbering system, but street signs indicate building numbers for any given block. 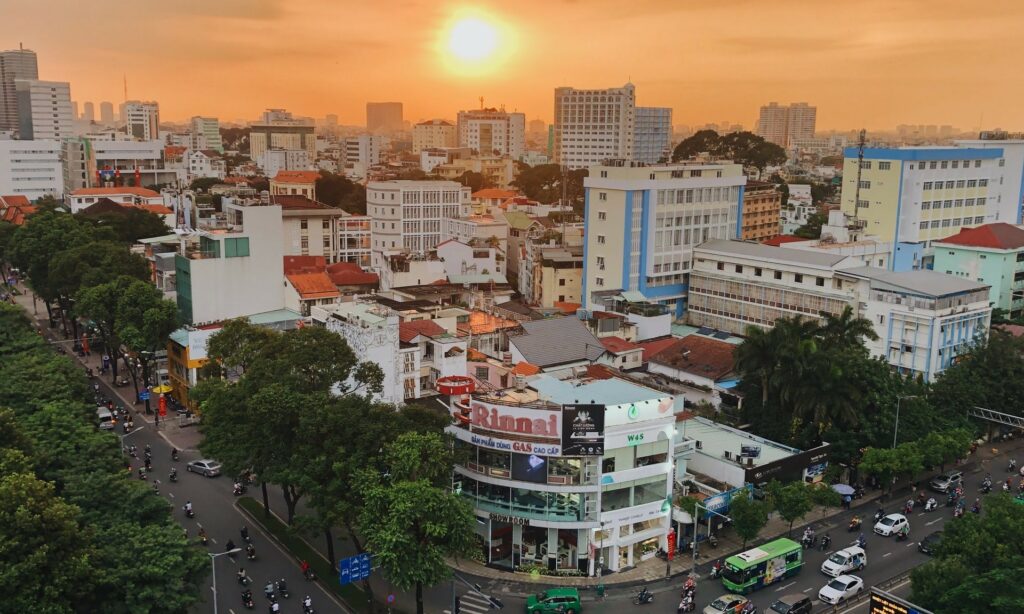 A chaotic, enchanting swirl of sensory stimulation – Ho Chi Minh City is a place of incense-infused temples, colonial architecture, warm people and delicious street food. Formerly known as Saigon, the city was affectionately-labelled the Pearl of the Orient by the French.
Afternoons here drift by lazily on the gentle chaos of the River Saigon, as taxi boats and motor canoes flit up and down, and parks fill out with locals playing jianzi, kicking shuttlecocks back and forth. The French colonial imprint is evidenced in the Saigon Notre Dame Basilica, which stands out with its grand double bell towers and red brick hue.
Taste the street food to get under Ho Chi Minh City’s skin, with humble restaurants serving up rich flavours – from the Vietnamese take on the baguette, a banh mi sandwich – to the local staple of pho, a delicious noodle soup.
Journey out to learn more of the Vietnam War at the Remnants Museum and Cu Chi tunnels. Offering a vivid glimpse of conditions, and the ingenuity and resilience of the soldiers, you’ll learn of the guerrilla war campaign raged from within this claustrophobic, 70-mile network of war tunnels. 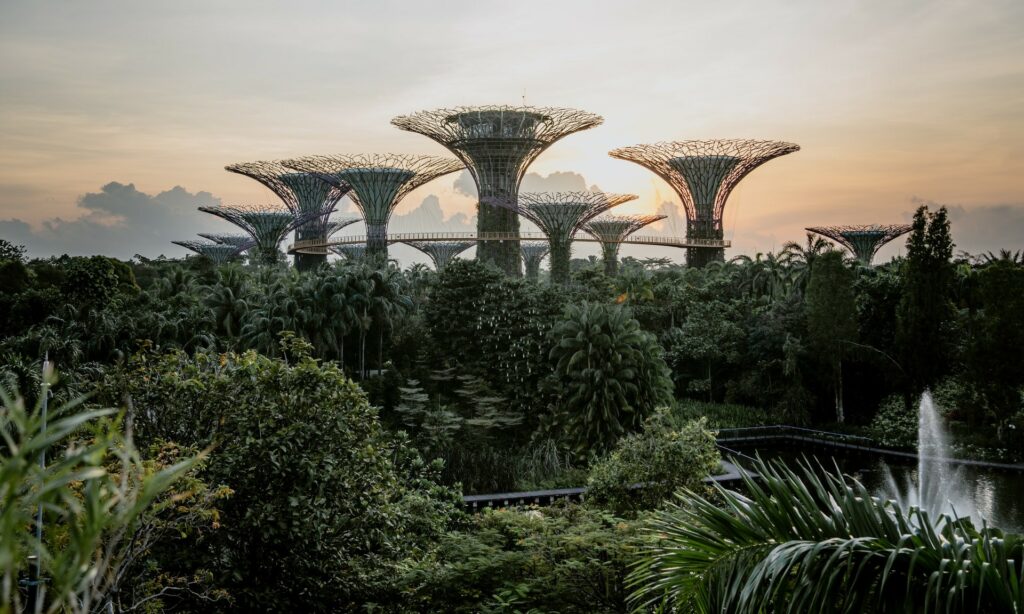 Advanced, airy and elevated, Singapore is a spectacular, futuristic vision of utopian city life. A healthy population of almost six million call it home, but this is a city designed with space to breathe, and gorgeous outdoor parks, massive indoor greenhouses and beautiful recreational spaces spread between the City of Gardens’ skyscrapers and soaring structures.
Once a quiet fishing village, now a glistening island city-state and an international beacon of science, education and technology. Singapore is almost intimidatingly clean – and the hyper-efficient public transport system whips residents and visitors across the city’s neighborhoods in a heartbeat. Glorious fountains and audacious skyscrapers loom up – nodding to traditional feng shui beliefs – and putting on dazzling illuminated displays after dark. The lush green botanical gardens are a spectacular UNESCO World Heritage Site, covering 52 hectares and decorated with impressive colourful orchids.
Breathe in more of the freshest air by heading up to wander the canopy strung bridges of MacRitchie Reservoir Park. Head for the iconic Marina Bay – a landmark of the city crowned by three interconnected towers, which watch out over island sprinkled waters. Jaunt between Little India and the atmospheric Chinatown in minutes, where beautiful temples – like the Chinese Thian Hock Keng Temple and Hindu Sri Mariamman Temple add rich cultural intrigue. Singapore’s cuisine is a mouthwatering fusion of its Indian, Chinese, Indonesian, and Malay influences, taking and enhancing the best of each. Enjoy dishes in towering restaurants, or toast the glowing skyline with the city’s eponymous gin-soaked cocktail – a Singapore Sling.